What Is Cyclic Vomiting Syndrome And Its Symptoms? 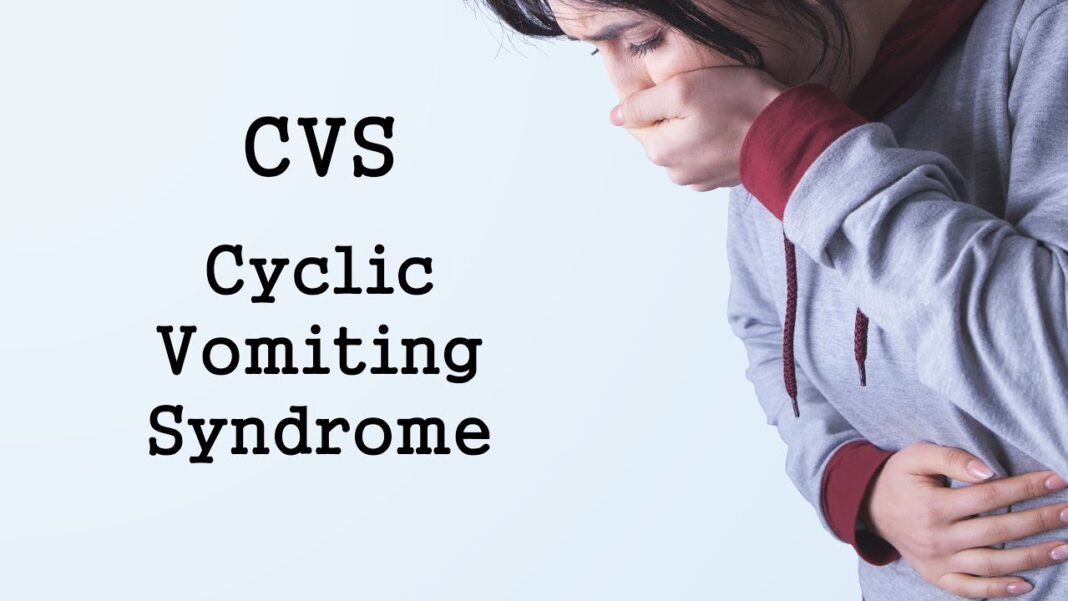 Cyclic vomiting syndrome refers to episodes of severe vomiting without any apparent cause. These episodes can stay for a few hours to days. Episodes of vomiting appear at the same time in a day.

Lifestyle changes help to prevent episodes of vomiting. Certain events can trigger vomiting episodes. You can avoid these events. Doctors can prescribe you medication including anti-nausea. They can suggest migraine therapies to reduce your symptoms.

Often, symptoms of this syndrome appear at the time of the morning. These symptoms include sweating before the start of vomiting and intense nausea.

If you have three or more episodes that occur again and again at the same time with the same length then you may have cyclic vomiting syndrome. You may get the symptoms of diarrhea, gagging, abdominal pain, headache, dizziness, and sensitivity to light during a vomiting episode.

If you notice blood in your child’s or your vomit, tell your doctor. Continued vomiting can lead to severe dehydration. It can be a threat to your life so don’t ignore this condition. If your child or you are getting the symptoms of dehydration, call your doctor.

Symptoms of dehydration include sunken cheeks or eyes, less urination, crying without tears, dry skin, and listlessness. Tell your doctor about these symptoms to get effective treatment for dehydration and cyclic vomiting syndrome.

Doctors are not sure about the exact cause of cyclic vomiting syndrome. There are some possible causes that include hormonal imbalance, genes, nervous system problems, and issues of digestion. Some factors can trigger certain vomiting bouts.

It is important to identify certain triggers that can cause vomiting. The reason is that it helps to manage the cyclic vomiting syndrome.

Chronic use of marijuana can cause cannabis hyperemesis syndrome. It leads to continuous vomiting and the individual does not get normal intervening periods during these episodes. People with this syndrome may have frequent showers.

Cyclic vomiting syndrome can lead to complications that are given below.

Excessive vomiting causes your body to lose an adequate amount of water immediately. There are different causes of dehydration that can be treated at the hospital.

Injury To Your Food Tube

The acid present in the vomit can cause decay to your teeth.

It is important to take certain medications that your doctor has prescribed you. Your doctor may give you preventive medicines if the episode of vomiting lasts for more than one month and if you require hospitalization.

Preventive medicines include propranolol and amitriptyline. Make changes in your lifestyle. It helps you to reduce the symptoms of cyclic vomiting syndrome.

Get proper sleep and avoid foods that trigger vomiting like cheese, alcohol, chocolate, and caffeine. Eat low-fat snacks and small meals daily at the same time you consumed one day before.

HOW TO PREVENT VERMIN IN YOUR HOME THIS WINTER MONTHS?

Everyone wants their wonderful house to be clean and also have a risk-free ambience for individuals living in the house. Nevertheless, there are lots...
Read more
Business

How to choose the best designer for eBook cover?

If you have composed an electronic book that has a very good web content and also you are hoping that it does well for...
Read more
Game

Culinary students learn and refine various culinary talents by attending cooking school. Taste every item before it is served, which is of the golden...
Read more
Health

How to Clean Up Crime Scenes

Criminal offense scene clean up is not a task that just any individual can execute, it takes a certain combination of skills, expertise and...
Read more